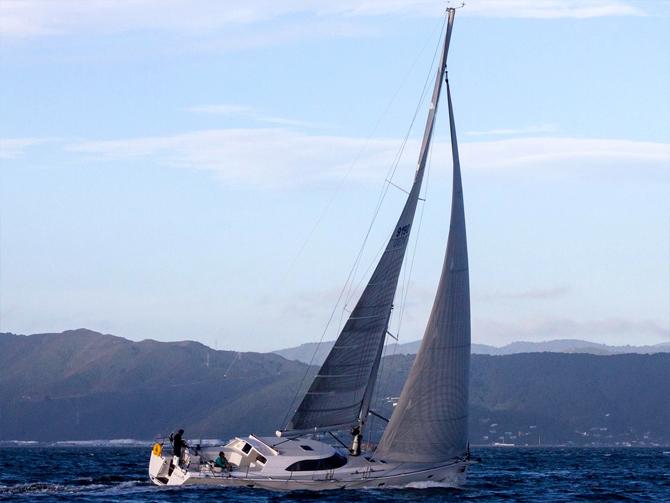 Elliott designed yachts have a record of success in short handed racing events. They are renowned for well balanced hull design, combined with practical deck layouts, rig & sail configurations that provide ease of handling, seaworthiness and great performance. Yacht clubs around the world are currently experiencing enormous growth in demand for short handed sailing events as time poor crews and expensive campaigns drive this quest for short handed racing. SSANZ has been running short handed events for several decades, their main event, held every three years is the Double Handed Round North Island Race. Crews of two sail around New Zealand’s North Island with brief stopovers in three ports. This event attracts a variety of yacht owners all with mixed motivations for entering and with yachts of all lengths and histories. The fleet in the 2017 race, just finished, included a variety of Elliott yachts from racers to performance cruisers.
The Elliott 50 ft racing yacht Ran Tan 11 led the 2017 fleet around the North Island taking line honours in every leg. Team mates BP & Bicky have both completed several laps of the North Island and Line Honours was their goal. Racing in Division 3 was Squealer an Elliott 10.5 cruiser racer designed in 1989. Nelson based owner Stu Morgan and crew mate Justin Fletcher both have a background of serious yacht racing and competed in the event for the excitement and challenge that it offers. Keel, rudder, rig and sails have been modified since launching and the yacht has been optimised for ease of handling in short handed sailing. Despite her age the Elliott 10.5 is highly competitive, speed wise on all points of sail. Also racing in Division 2 was an Elliott 1050 cruising yacht, Spearhead. The Elliott 1050 is a popular model for competing in SSANZ races. Spearhead crew, Tim Jeffery and Ryan Parkin both viewed the race as an adventure. They both have a love of the sport and were enjoying being out there and pushing the boat and themselves to their full potential. Spearhead has turned in some impressive performances over the four legs.

Celadon a contemporary performance cruiser - an Elliott 1650 Tourer. Celadon is the family’s cruising yacht. The purpose of entering the race was for father and son to sail together, for Robert to experience some blue water racing in the company of his father, Richard, who has a wealth of offshore experience. Celadon, with her grace and relaxed performance added another dimension to the fleet, competing in Division 1 and chomping through the miles with ease. Celadon completed the first three legs and pulled out in Gisborne to spend some time exploring the fishing opportunities on the east coast before retuning to Auckland.

In the last few years  Elliott Marine has an increased work load in optimisation for short handed racing – in areas of keel, rudder, rig design and interior fit outs. Drawing on a background himself in short handed ocean racing, yacht designer,  Greg Elliott has first hand knowledge of the requirements of short handed sailing.

The Elliott 35 SuperSport is the newest Elliott design currently competing in short handed sailing.  These 35 foot speedsters have won a number of successful short handed races including the last RNI race in which Bushido won line honours in two legs.  This year Elliott 35ss - Inigo Montoya is entered in the Bermuda One-Two Yacht Race 2017. 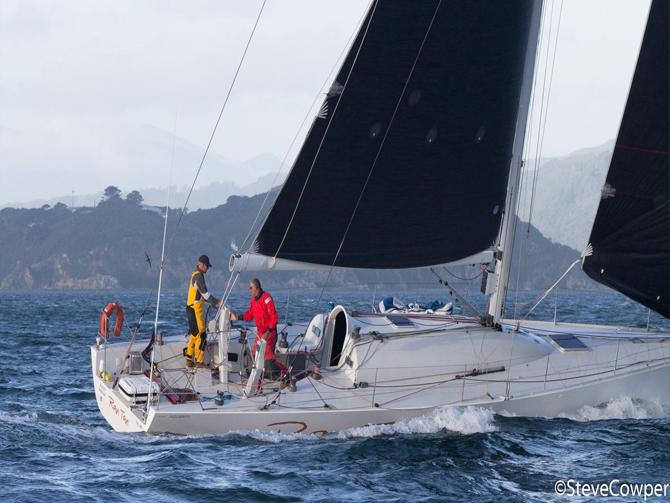