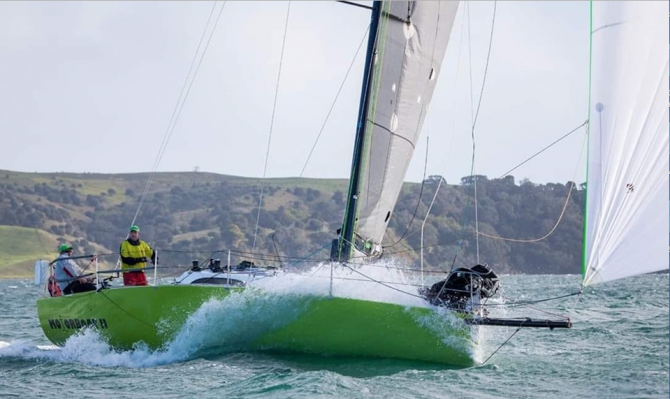 Congratulations to all the skippers of Elliott yachts who competed in this year’s SSANZ Double Handed Round the North Island Race.  A challenging event, requiring months and in some cases years of preparation it was great to see all yachts who took up the challenge, complete the race.
The race starts in Auckland with the first leg to Mangonui in the far north (154NM), Leg 2 is from Mangonui to Wellington (550NM), Leg 3 from Wellington to Napier(200NM), and the final leg from Napier returning to Auckland (367NM). The 2020 race took 2 weeks to complete.
Competition was fierce between Elliott yachts in Division 3 with a number of Elliott 1050s and Motorboat an E10.5 . This year Motorboat was the Elliott yacht with the fastest elapsed time and although the weather conditions generally favoured the larger yachts at the front of the fleet, finished fourth overall in the event. The battle of the Elliott 1050s was dominated by Kick and Gale Force in the earlier legs and finally played out with an exceptional leg 4 from Gale Force, skippered by Ken Ormandy and Sam Tucker, to claim second on PHRF in the division
One of the smallest yachts in the race was the Elliott 7.9  Moving Violation, skippered by Ben Beasley and Nick Gardiner, the  youngest skippers in the RNI fleet. In Leg 3 Beasley & Gardiner took a massive gamble heading well west towards Australia before catching the northerly and screaming back in towards Cook Strait. With a top speed of close to 20 knots and water flying, these boys had an exhilarating few days sailing. These guys continued their impressive performance on Leg 4 taking out handicap for their division. Speaking after the finish it was clear the pair had truly achieved something special. “When we crossed the finish line it felt surreal and such a sense of achievement knowing we sailed in such an epic race and had really got the message out there for Lifeline.”  They raised $10,000 for Lifeline. Beasley and Gardiner made some bold calls during the race, and their amazing can-do attitude that had their fellow skippers impressed and inspired. 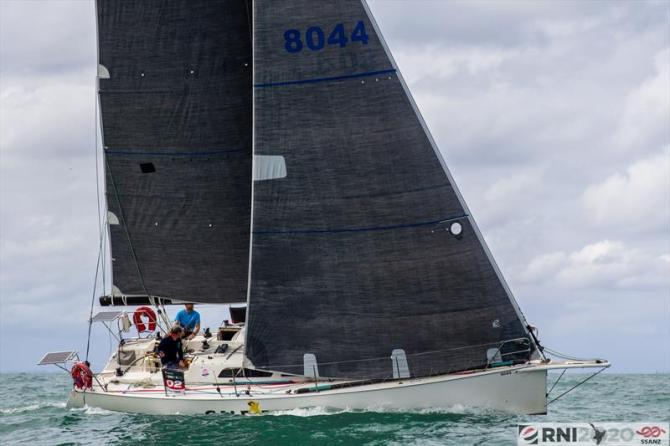