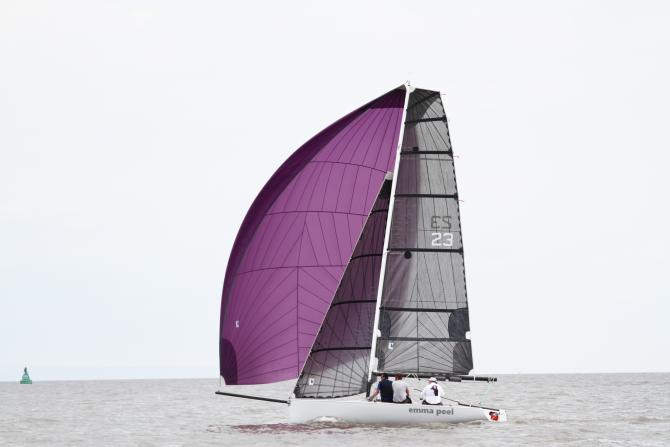 Congratulations to Jim Dwyer winner of the Cardiff Bay  Yacht Club’s prestigious Shanghai Cup. The IRC  regatta was held over two weekends with 3 races on the first weekend held off Portishead (with 5 knot tides)  just down from the Severn Bridge. The following weekend racing was off Cardiff in the Bristol Channel. The keelboat fleet included a variety of very competitive and well known race yachts. Having recently relocated to the UK, Dwyer was happy with the performance of his Elliott 7,  Emma Peel saying,“ I think it was pretty good since this was the first time we got the boat out after shipping it from Sydney. We were fast in the light and we were happy with our performance in the heavier stuff both upwind & downwind.
The Shanghai Cup itself is solid silver and was first awarded in 1870 by the Shanghai Yacht Club to a Cardiff boat called Nimrod that won the cup 3 years in a row back at that time. The cup came back to Cardiff and stayed with the family until it was given to the club. 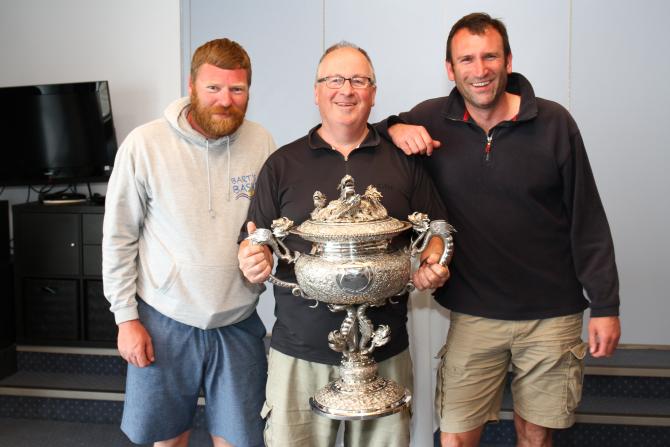