The 2020 Centreport Youth International Match Racing Championship, hosted by the Royal Port Nicholson Yacht Club was held in Wellington in their fleet of Elliott 6Sport keel yachts. Teams competing were from Royal Sydney Yacht Squadron, the Royal Prince Alfred Yacht Club, Royal New Zealand Yacht Squadron, Queen Charlotte Yacht Club and host club the RPNYC.
This year the regatta trailed a new format for the event. The teams were divided into two groups. Group A consisted of the primary skippers from the competing clubs and Group B the clubs’ secondary skippers. It was a good opportunity for the secondary skippers to gain ranking points and regatta experience.

Weather throughout the regatta was a mixture of shifty patchy breezes followed by a day of perfect the southerlies, light southerlies for finals day. Day 3 - Finals day for group A. Semi-finals match one saw Stanley (RPNYC) vs Whiteside (RPAYC).Stanley came out on top beating Whiteside 2-1 & scoring a place in the finals.
Semi-finals match two - McCutcheon (RNZYS) v Cruickshank (RSYS) McCutcheon proved to be the stronger skipper and won through to the finals.
The finals saw four tight races between Stanley and McCutcheon. McCutcheon and his RNZYS proved in dominant form and were the winners of the 2020 CentrePort Youth International Match Racing Championships.
Group B finals, held the following day in 20 knot winds gusting up to 30 at times. Jack Littlechild from the Royal Sydney Yacht Squadron didn’t seem to be phased by the conditions, taking out group B. 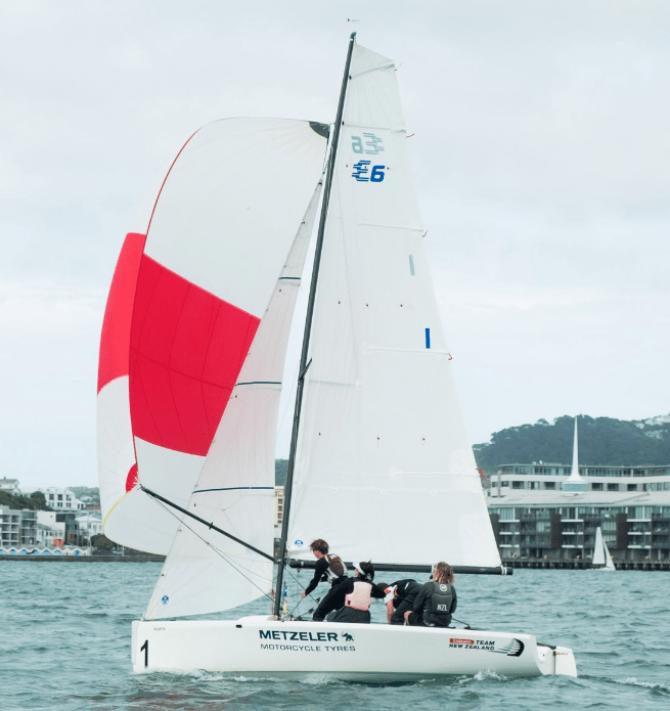