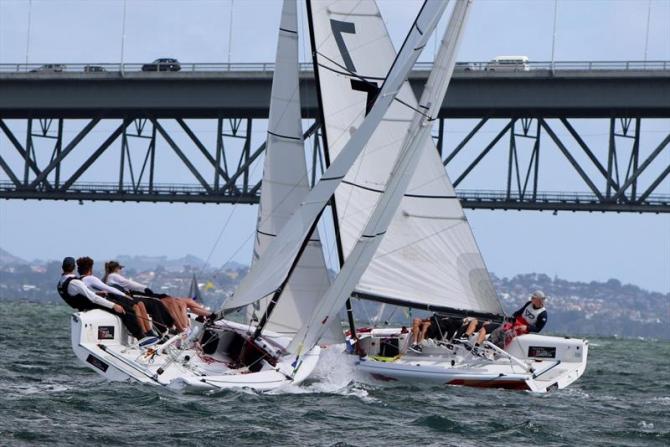 Nick Egnot-Johnson and team representing the RNZYS notched up another big victory, taking out the 2019 Nespresso Youth International Match Racing Cup held at the RNZYS in Auckland, New Zealand. Egnot-Johnson eased through his semi-final 3-0 against Callum Radford’s Royal Port Nicholson Yacht Club team from Wellington to cement his spot in the final. He was made to wait for an opponent though, with the semi-final between Jordan Stevenson’s RNZYS YTP  team and Tom Grimes’ team from the CYAC going right down to the wire. It was Grimes who was sitting in the box seat, taking the first two matches and leaving himself needing only one more victory to meet Egnot-Johnson in the final. Stevenson wasn’t going to have a bar of that though, and as he has done before, pulled up his socks and pulled off an amazing comeback – winning the next three matches to send Grimes reeling into the petite final and himself into the big dance.
The all Squadron final also did not disappoint, with some incredibly tight racing, tacking duels and speedy downwind sailing. Both teams traded close wins to send the final into an epic fifth match to decide who would be champion. However after what was a very exciting pre-start, and in what was Stevenson’s 10th match of the day, he and his team made a costly mistake and were ruled to be over the start line before the horn. This gave Egnot-Johnson a decisive lead that he would not relinquish, allowing him to sail his Knots racing team to the overall victory. 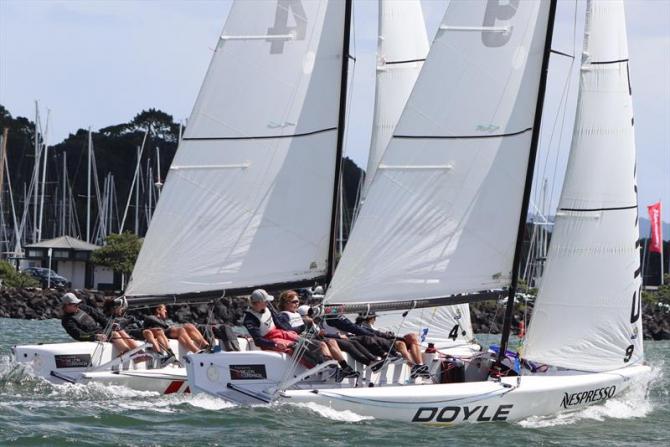