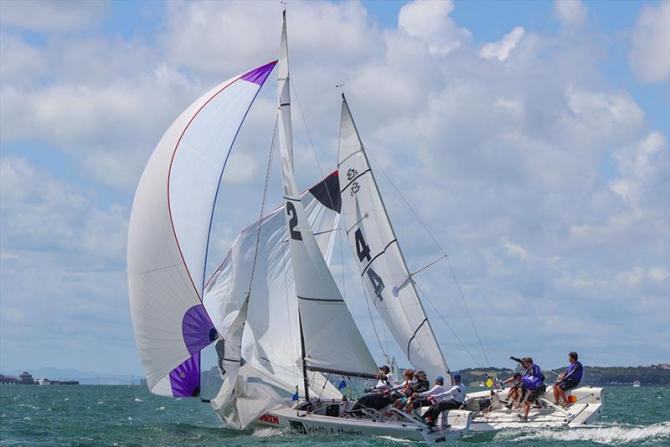 The RNZYS’s 2020  HarkenYouth International Match Racing Cup saw a line up of talented skippers testing the Elliott 7 fleet to their absolute limits. James Hodgson and his Cruising Yacht Club of Australia Youth Sailing Academy crew of Harry Hall, Louis Schofield and Nick Rozenauers have won the regatta in a demonstration of exceptional talent, focus and determination.

The four semi finalists sailed in strong twenty-three to thirty knot South Westerlies which didn't let up all day, providing a brilliant spectacle for those watching on the water, and challenging but fun conditions for the sailors involved.

The semi-final matchups were set with the French team helmed by Aurélien Pierroz racing against Jordan Stevenson's RNZYS Performance Programme Vento Racing, and Nick Egnot-Johnson's RNZYS PP KNOTS Racing taking on Australian James Hodgson CYCA. Winning through in the minimum three races, it was Hodgson and Stevenson who cruised into the finals with three-nil victories. Egnot-Johnson then bounced back to sweep aside Pierroz two-nil in the petite final and claim third, setting the stage for the grand finale.
The first race of the final was a real humdinger, with Stevenson and Hodgson right on each other's tails throughout, and it wasn't until the final downwind leg that Stevenson nabbed a penalty on Hodgson and sailed away to take a one-nil lead. Hodgson then retaliated in the second race, showing immense speed on the downwind legs to punch back and make it one a piece, assisted by a pretty spectacular wipeout from the Vento Racing boys. In race three it was Hodgson who had all the momentum, and his slick crew didn't make any mistakes in the final two races, leading both throughout to sail away with the 2020 HARKEN Youth International Match Racing Cup.
Hodgson was thrilled with his team's performance, especially beating both locals Stevenson and Egnot-Johnson on his way to the regatta victory, and is now looking ahead to next week's World Championship -"Super stoked with the win in the lead up to the Worlds. It was breeze on so we were just focusing on getting the boat around the track and doing all the basic stuff right and I think that's what got us through in the end. It was basically just set, get her up and going, gibe, and drop at the bottom, so there wasn't really too much to it except keeping your boat under your mast. But yeah, we just had a fun day and focused on enjoying ourselves, we weren't too worried about the results, but it went our way, so we are pretty stoked. I think Jordy {Stevenson} got us last time we raced him and so did EJ so we're pretty stoked to get one up on them in Auckland ahead of the Worlds." 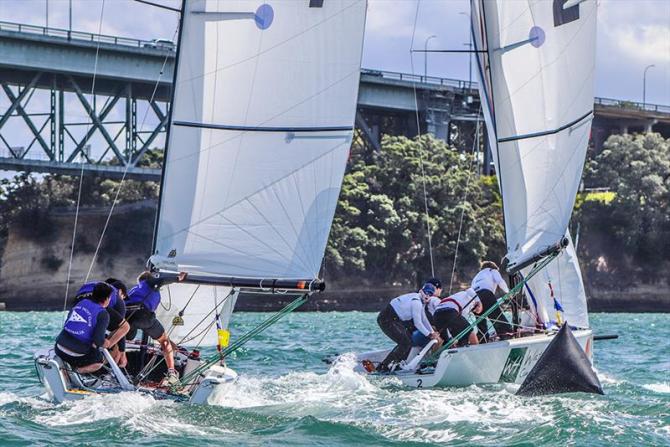