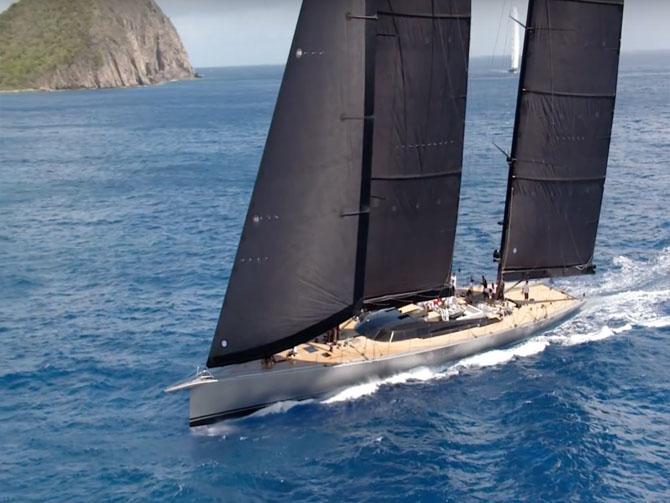 The 142 ft Samurai was an impressive sight when she debuted at Loro Piana Caribbean Regatta 2016 and  Barth's Bucket Regatta in late March. Previously, the Mari Cha 1V, Samurai was launched in November 2015. The refit was completed at Royal Huisman, Huisfit yard in the Netherlands. The Mari Cha IV was famed for and designed to be the worlds fastest offshore racing monohull.  In 2003, she blew away the competition, and the century-old record, in the West to East Transatlantic race. She also set a record for distance covered in 24 hours. Samurai's owner, who enjoys cruising equally as thrilling speeds, was keen to preserve her powerful performance whilst embracing more super yacht sailing features.  Original design team member, Greg Elliott,  worked closely with the various groups involved in the refit, to ensure that the performance integrity of the Samurai was preserved as well as possible. See Samurai in action at the Loro Piana Caribbean Regatta 2016