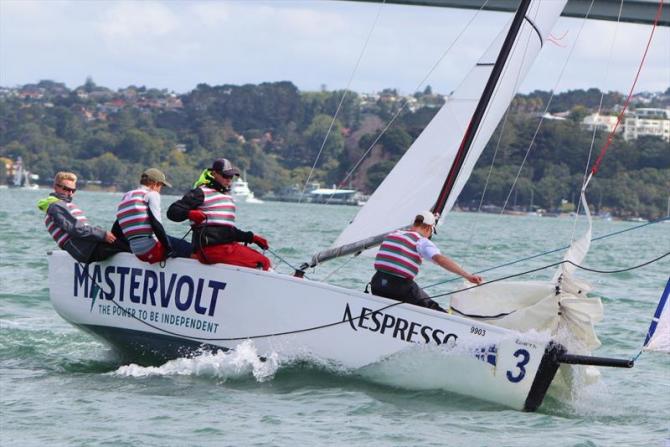 The Westlake Boys High School team helmed by Robbie McCutcheon have prevailed at the 2019 Harken National Secondary Schools National Championships.The team from the North Shore in Auckland won the regatta by a nine point margin, finishing with 37 points – with Auckland Boys Grammar finishing second on 46, and Kings College in Auckland just behind them with 48 points to round out the podium.
Eighteen fleet races were completed by all twelve teams across the three days at the Royal New Zealand Yacht Squadron, with all races sailed in the RNZYS YTP fleet of Elliott 7’s.It was the team from Auckland Grammar that led after day one, but the boys from Westlake came home strong on the final two days, winning four guns and building a decisive lead. Westlake skipper Robbie McCutcheon was pretty happy to come away with the win, but knew it was the hard work they had put in that got them over the line - “We had the best intentions coming into the regatta and prepared really well. It was champagne yachting out there and we made the most of it.”
The RNZYS thanked all twelve teams that competed at this year’s event saying, “we hope to see you back at the Squadron, in the RNZYS Youth Training Programme, and succeeding at National and International level in the future.” 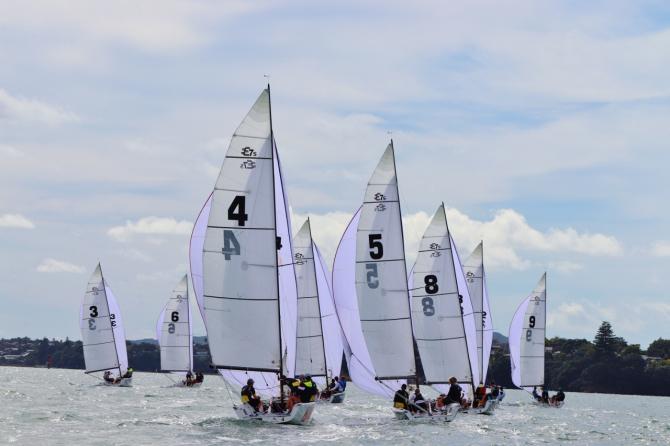